I went on a group trail run this past week.

I had a meltdown.

This trail running group is welcoming and they encourage anyone to join them.  I know the individuals who go to this run are fast and strong and experienced.  I went into this run — which I had honestly been artfully, purposefully dodging for over a year — with trepidation.

The answer turned out to be no.

I couldn’t really keep up.

I got dropped on the first set of hills.

I spent the next 90 minutes or so wishing I had not gotten momentarily, stupidly brave and decided that I would give this a try. I spent the time listening to some shitty voices in my head about being slow and worthless and a burden.  I was questioning my fitness and training.

Emotional shitstorm is the best phrase I can think of to explain what happened.

I felt like I was in over my head.  I was embarrassed at being the last up the hill. I was beating the crap out of myself instead of enjoying the company, the scenery and the privilege of spending some time running on a glorious early Spring Oregon night in the Mac Forest.

Spencer reminded me multiple times on the car ride home that all of the other runners are only worried about their run. They were NOT thinking about me at all.  Let alone were they thinking I was worthless, or a burden or that having to wait for me meant anything other than we follow a code of trail running that makes sure everyone who goes out on a run comes back in.

No judgement, only safety.

Intellectually I get that.

This whole meltdown is about my self confidence in the world of running.

This is about trusting the process that I am working through in establishing this still-new-to-me lifestyle of plant based eating, running and maintaining my weight loss. I run with some baggage.

This group had to wait for me in three places.

There is nothing that embarrasses me quicker, or more completely these days than having a group of runners wait for me.

Within about 15 minutes of a 90+ minute run I was flustered, negative and quiet. I thought seriously about asking Spencer to give me the keys to the car and I would just wait in the car.  BUT having to explain to Spencer, let alone the rest of the people standing around waiting for me at the trailhead  that I was quitting because I felt like I was in over my head seemed like a far worse option than just gutting out the run.

We got done with the run.  Everyone was waiting in the parking lot for me to work my way off the hill.  I made quick good byes.  Spencer and I jumped in the car to head home.  I wasn’t going to tell Spencer anything. I was embarrassed. I didn’t really have the words to tell him what was going on.

But we know each other pretty well at this point.

And I suck at poker.

I lost it and attempted to tell him what I had been feeling the entire run.  What I said among some other personal and strongly worded, emotionally laden, harshly worded self-judgmental  crappola was ‘I HATE BEING LAST! I’m so %^$&ing SLOW…’

I was attempting to process it all, through the debilitating fog of shame and embarrassment.

Why were the voices zinging around in my head so freaking nasty…?

I went for a run today and I got some really good thinking time in.

I kept thinking about how disproportionate my reaction was to the reality of the situation.

WHAT THE HELL IS WRONG WITH ME?  And why is having a group of fellow-runners, friends waiting for me such a trigger?

I needed to talk to Spencer about it.

‘Spencer. I think all of this stems from me just wanting to be normal. And not be in a spotlight for at least once in my life.’

I lost 220 pounds,  I reversed Type 2 Diabetes. BIG things — I get that.  Visibly shocking even and most people reply with disbelief.  I can’t hide my weight loss and changed body.

But what I have FINALLY figured out about ME…?  I reclaimed my health and lost weight  in large part to try to become ‘normal‘…  I’ve never really been ‘normal’ at any point in my life that I can remember.

I just want to be NORMAL.

I want to be able to fit in an airplane seat.  Buy clothes anywhere, anytime.  I don’t want to need medicine. I really don’t want people to notice me personally for any reason unless I wanted to speak up, wear funky clothes or do something that warranted attention.

I really, really just want to be normal for the first time in my life.

Running is a big part of that normal equation for me. Even though I pick really long distances which most people don’t understand — it’s all a critical part of helping me reach a ‘normal’, healthy, sustainable life.

I was telling Spencer that when you are the LAST person in on a run; you have everyone’s attention. Casually, fleetingly, non-judgementally.  BUT for that split second you are the focus of attention.  And in my mind — since I’m last it’s hinging on my body, my weight, my ability, my fitness — and I feel incredibly vulnerable.  If I were thinner, faster, a better runner – they wouldn’t be waiting for me.

It’s a fierce, instant trigger for me.

And now I think I’m beginning to understand why.

Running has become my most beloved tool, my safe haven in this lifestyle process that is constantly changing.  It’s the place where I get to be me.  ALL of me. No one else but me.  Where I get to build me into the person I want to be. No one else can do the work, take the credit or see the rewards.

Running is about a whole lot more than just the physical act of running.

I have told Spencer, as a coach and now as my friend and business partner, that I want to get faster, be a stronger runner.  He was asking me – in light of all of this – if that goal has changed.

No… The goal has not changed, but I was finally able to but some words around WHY I want to run faster.

I don’t want to be faster to beat anyone. I don’t care about getting on a podium.  It isn’t to shorten a race or spend less time running.  It isn’t to be seen as a better athlete/person/runner.

As Spencer reminds me all the time…  THIS is all part of the process.

I just want to be normal. 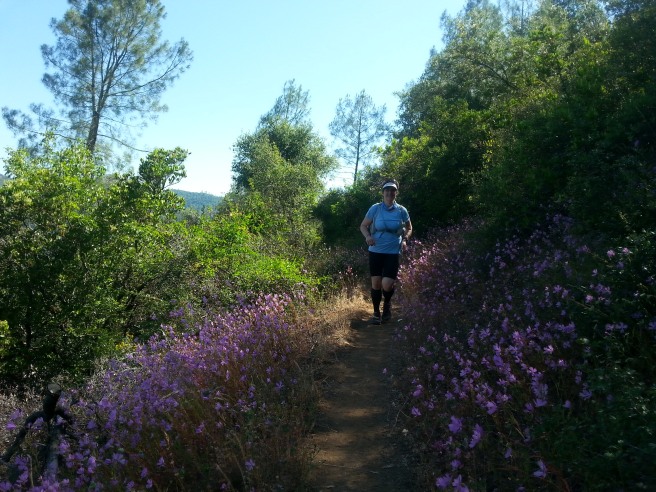 6 thoughts on “I just want to be normal.”